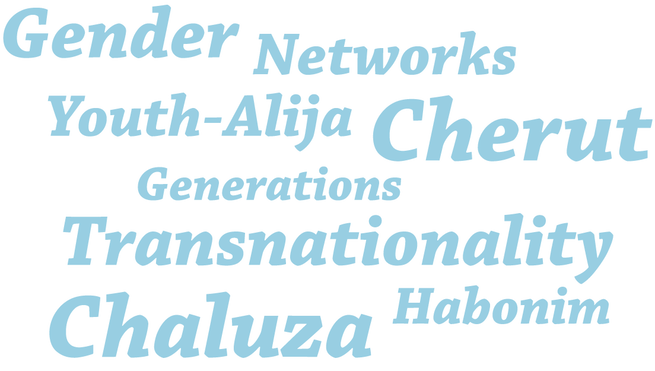 National Jewish Youth Culture and Zionist Education in Germany and Palestine in the Interwar Period.

The project is located at the Institute for Educational Sciences at the Technical University of Braunschweig and is conducted by Prof. Dr. Ulrike Pilarczyk in cooperation with the Richard Koebner Minerva Center for German History at the Hebrew University in Jerusalem (Dr. Ofer Ashkenazi). The german-israeli research team includes Knut Bergbauer, Marco Kissling, Beate Lehmann,  and Miriam Szamet.

In case of the data management and for securing the archival material the project will be consulted by the Archive of BBF (Bibliothek für Bildungsgeschichtliche Forschung), Department of Library for the History of Education at the DIPF (German Institute for International Educational Research) in Berlin.

At the heart of the study, the idea of education as a national and social task of the heterogeneous national Jewish youth culture during and after the First World War will be surveyed. Moreover, developments of educational ideas and practices towards a versatile system of education and training of the Zionist movement are in focus as well, since it was fundamental for the flight of children and youth into the former British Mandate Palestine after 1933.

The research is based on the assumption of the existence, the continuity and the dynamics of political and educational relevant networks, where several generations of youth cultural and national Jewish inspired women and men worked together on a transnational level. Therefor the guiding criteria are intergenerationality, transnationality and gender.

The research focusses mainly on three significant pedagogical developments between the youth movement/progressive education on the one hand and the Zionist Worker and Kibbutz movement in Palestine on the other:
(1) the social and reform educational projects of Siegfried Lehmann in Berlin, Kovno (Lithuania) and his youth village Ben Shemen in Palestine, (2) the transformation of youthful ideals of an autonomous education and self-realisation to a collective and work based education of the Zionist Kibbutz (Jungjüdischer Wanderbund, Brit HaOlim, Givat Brenner), (3) and finally a comparative perspective of educational practices of the Youth Aliya in different Kibbutzim and the youth village Ben Shemen after 1933.